Here’s my story of how I’ve finally conquered chronic back pain by switching over to a kneeling stool. 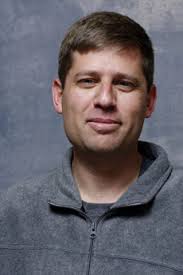 I hope this helps out others as its done wonders for me.

I’ve had back pain for as long as I can remember. I played a lot of sports in high school so I suppose that’s where it started. I remember one particular day, working out in the gym and I felt a pop in my lower back. I can almost remember hearing the sound too.

At that point, the pain was no longer a temporary thing that I had to deal with from time to time.  It became permanent.  The doctor said I have degenerative disk disease and it would never improve. It was just something I had to live with.

I went to college and and got my first full time job as an engineer. 40 hours per week of constant sitting magnified all the issues I was having. The pain was so intense that it became incredibly hard to focus on my work. At this time I decided to take action.

It started with seeing a physical therapist. That helped a bit, but the time I put into therapy couldn’t compete with 40 hours of sitting in a chair. The pain got worse.  I tried pain medication and got completely addicted to vicodin for over a year. That’s a whole nother story, but please, please, please stay away from that stuff.  Finally I tried surgeries such as nerve ablations. They would help for about a week at a time and I couldn’t keep up with the costs.

One of my coworkers purchased a knee chair for their desk and suggested I borrow it. It was ackward at first. But one thing I noticed is that I didn’t have to focus on sitting up straight. Over time, sitting straight (and standing straight, for that matter) became automatic. About 2 weeks later, I noticed my pain was starting to go away.

I purchased my own kneeling stool and I can proudly say today that my pain is greatly reduced. Its still there, but its no where near as terrible as it was before.

Back to Homepage: Kneeling Office Chairs